From steam to molten salts in solar thermal tower technology

Solar thermal electricity (STE) technology utilizes a simple principle. It concentrates solar radiation to generate steam at certain conditions, which is later used to power a turbine that generates electricity.

PS10 and PS20, located in Sanlúcar La Mayor (Seville, Spain) were the first two STE tower plants in commercial operation in the world, starting operation in 2007 and 2009, respectively. They are still young facilities with an operation record of less than 10 years but tower technology has evolved quickly since then.

A brief overview to the past, present and future of this technology leads to the following classification:

PS10 y PS20 started commercial operation in 2007 and 2009, respectively, and they became not only the first two towers in the world but also the starting point for the operation of this technology. First generation STE towers use saturated steam technology. In this technology, water is pumped from the base of the tower to the upper part, where the water is converted into saturated steam thanks to the heat concentrated in the receiver. This steam can reach 250 ºC and 40 bars of pressure. On its way back from the tower, it is used to drive a turbine, generating electricity. 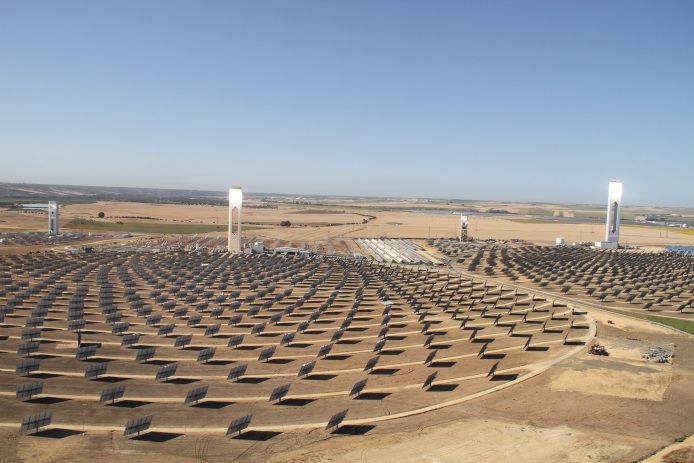 Super-heated steam technology uses a second receiver, whose main function is to re-heat the steam produced by the first receiver, thus allowing to reaching higher temperatures. The live steam, which feeds the turbine, can reach a temperature of 535 ºC and 120 bars of pressure, increasing the efficiency of the power cycle.

Nowadays, Abengoa is building in South Africa the first commercial tower in the world featuring this technology, Khi Solar One. This plant will have two receivers (east and west) that generate saturated steam (evaporators), while the southern receiver re-heats (re-heater) the steam to reach the necessary conditions to drive the turbine.

Khi Solar One also features 19 tanks of thermal storage system that allows to storing the saturated steam generated in the evaporators, feeding the turbine and generating electricity even when there is no sun.

Instead of heating water, these towers use a pioneer receiver that uses a heat transfer fluid with defined properties: molten salts.

Hot salts are stored in tanks so that they can be available when the electricity demand occurs. The heat contained in the salts is used to generate the steam to drive the turbine, at a temperature of 565 ºC and a pressure of 130 bars.

Thermal storage provides these plants with dispatchablity, a competitive advantage in comparison with other plants using a renewable source. An example of this is Atacama 1, the first tower plant in Latin America, that Abengoa is currently constructing in Chile, with a storage system of up to 17.5 hours. 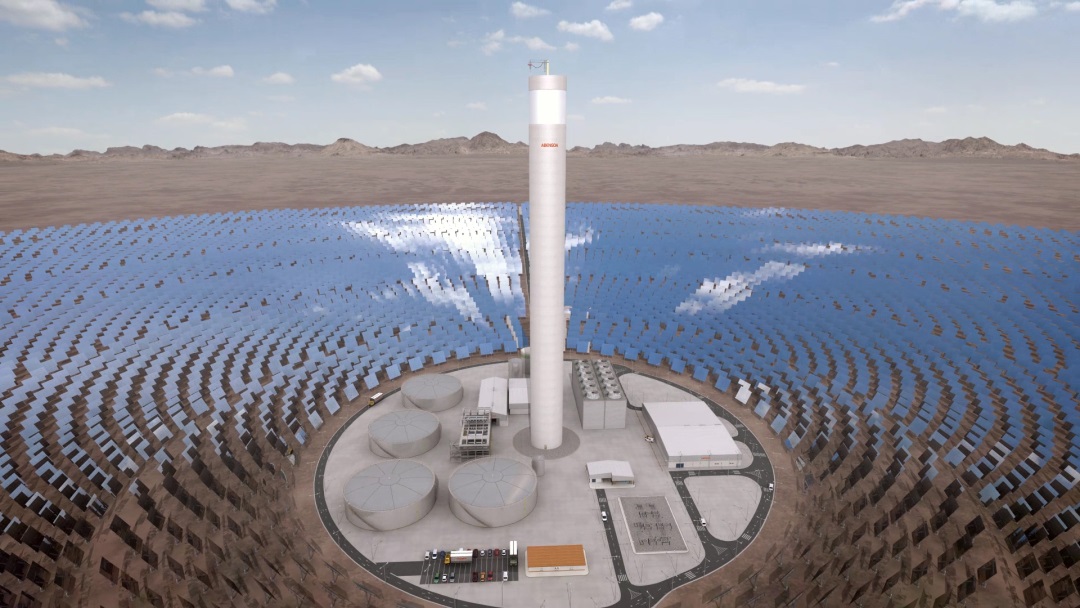 Only in eight years, Abengoa has been able to multiply by ten the output of its tower plants, from 11 MW in PS10 up to 110 MW in Atacama 1. The aim now is to further investigate and develop the technology to increase efficiency. Abengoa is currently developing pilot projects with different types of receivers and new fluids such as CO2.