The State of hydrogen as a fuel for vehicles

It is now a reality! We have a non-fossil fuel, 100 % eco-friendly and easy to refuel. It is hydrogen. The problem? There is still much to be done at the level of infrastructure and services. Currently, hydrogen has been established as an alternative fuel with zero emissions for different means of transport, both passengers and goods.

Its functioning consists of the combination of hydrogen and oxygen in a fuel cell that generates electricity and water. The electricity is used in electric motors that drive the vehicle. Therefore, fuel cell vehicles are electric vehicles that store energy in the form of hydrogen instead of batteries.

The advantages of a fuel cell vehicle against a conventional electric vehicle are, among others:

The interest of the use of hydrogen as fuel for transport has led to the development of different types of vehicles.

“Brands such as Toyota, Honda and Hyundai have available for sale fuel cell vehicles.

On the one hand, in the passenger cars sector, brands such as Toyota , Honda and Hyundai have vehicles for sale with fuel cell systems. Other manufacturers such as Ford, Renault, Daimler and BMW have also developed technology to a greater or lesser extent. And companies like Symbio have developed range extenders, , devices that increase the autonomy of the vehicles, based on hydrogen and fuel cells for electric platforms. An example is the Renault Kangoo ZE conversion .

In buses, manufacturers such as Vanhool or Mercedes have developed models that are in operation in various European cities such as Aberdeen, London, Cologne, Antwerp, Oslo, etc.

Other types of vehicles, such as trains and boats, are being developed in recent years as alternatives for the electrification of these means of transport and the replacement of fossil fuels.

The challenge of the implementation of hydrogen as a fuel is given by the lack of an extensive refueling infrastructure that allows the use of vehicles in a way analogous to those that use fossil fuels. For this reason, the expansion of the hydrogen supply stations is being driven in multiple geographies.

“One of the countries that is giving a biggest impulse to hydrogen as a fuel is Japan, which already has 90 stations in operation.

In the United States, there are 62 operating hydrogen service stations and other 25 stations are currently in various stages of planning. Most of these infrastructures are located in California, where programs of regulation for emissions from vehicles have served as drivers for technologies like these.

At European level, the greatest concentration of hydrogen service stations is installed in Germany, with around 60 currently; United Kingdom, with 15; and the Scandinavian countries, with about 20. There are different programs of development at European and national levels to boost the existing network. In this way, the objectives of Germany are 400 hydrogen service stations for the year 2020.

At the Spanish level, the national framework of alternative transport fuels has set the goal of reaching the 20 operational hydrogen service stations across the country by 2020, from the current five, one of which was developed by Abengoa, and is located in the Polígono Torrecuellar, Sevilla.

Globally, the objectives set by the various Governments are close to 3,000 service stations to supply two million vehicles by the year 2025. 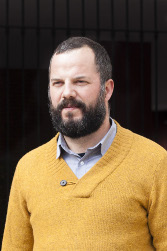