The Rise of Solar Energy in India

With staggering growth being experienced in the renewable energy market, an ambitious plan for renewables over the next 5 years, and government initiatives that strive to push the sector even further, India is most definitely on the verge of jumping headfirst into renewable solar energy in a big way. Today, we ask our colleagues at Abengoa India to bring us up to date on solar power in the country.

India saw a sudden rise in the use of solar energy back in 2010 when 25.5 MW of solar project was added to the grid. The trend though, did not stop there but in fact  accelerated even further the following year, in 2011,  when 468.3 MW of solar projects were added and connected to the grid. All of this took place within two years from when India launched its most ambitious scheme JNNSM (Jawaharlal Nehru National Solar Mission), in 2010, to capture and harness solar energy with a target of 20 GW by 2020.

In addition, India is the only country that has set up a separate ministry for non-conventional energy sources presently called MNRE (Ministry of New and Renewable Energy). Since, the launch of JNNSM, India has come a long way, the 20 GW target has been increased 5-fold to make it up to 100 GW, and there is more focus there on providing 24×7 hours electricity to all.

“Six years on, India is on the verge of making big strides in the renewable sector with 28.41 GW of wind power and 8.8 GW of solar power installed.

What is taking place today? Six years on, India is on the verge of making big strides in the renewable sector with 28.41 GW of wind power and 8.8 GW of solar power installed. Onlyin 2016, India has installed almost 4.9 GW (as per BTI report), which amounts to a staggering increase of 101 % compared to the previous year.

In the rooftop segment, India installed over 1GW, a 135 % increase over last year. All of this points to the fact that while on global scale solar energy market such as USA and China are showing signs of slowdown, it appears India is the one of the bright spots amid this glum. According to the Mercom Capital Report, in 2017 India would be able to place around 8.8GW of solar projects and also allocate almost 8GW through SECI(Solar Energy Corporation of India) and NTPC (National Thermal Power Corporation)  while both domestic and foreign players would keep playing to get big projects.

“The government has launched ISA (International Solar Alliance), a platform for countries to come together to share technology and infrastructure for the use of solar energy.

The Government of India is pushing towards the 100 GW goal aggressively, and for that they have launched several initiatives that can be commented on: (i) The government has launched ISA (International Solar Alliance), a platform for countries to come together to share technology and infrastructure for the use of solar energy. (ii) For the rooftop segment, the government is requiring that all public institutions have rooftop solar projects at their premises. In order for this objective to be achieved, they are providing them with financial assistance.

Here at Abengoa India, we are more than ready and  completely determined to play our role in a cleaner and greener India. 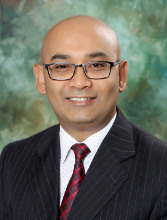