“The Paris Agreement”. This is how the joint text agreed by the 195 countries who attended the Climate Summit 2015 has been named. This Conference, which is also known as the Conference of the Parties (COP21), took place in the capital city of France, and this is the place where a global commitment to stop the global warming was achieved, without a specific guideline. 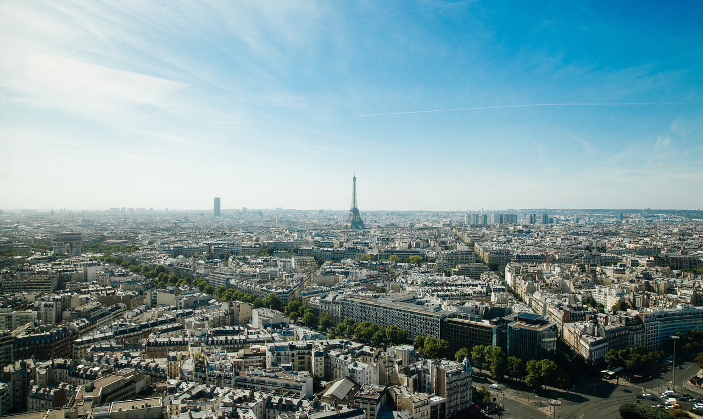 195 countries have committed themselves to reaching an agreement to limit the rise in temperature during the century to 1.5° C above pre-industrial levels, keeping the increase in global average temperature below 2° C, considered to be a critical limit.

It never happened before –not even in the Kyoto Protocol– that all the attendees signed up for an agreement like this one. It is of major importance the commitment of China and the United States –countries responsible for 45 % of the emissions-.

” A fund of $100 billion will be created to support developing countries to implement policies and actions to ensure the compliance with the agreement.

One of the major feats of the Paris Agreement is the commitment to reduce emissions by 2020, for which a fund of $100 billion will be created, to be implemented by developed countries before this date. In addition, it should be reviewed and increased before 2025. The fund will also be useful to support developing countries to implement policies and actions to ensure the compliance with the agreement.

The other highlight is the mandatory quality of the signed commitment, which means the development of legislation by various regulatory chambers of the participating countries in the summit, ensuring the sustainable use of our resources.

Nevertheless, reaching such a broad agreement constitutes a resignation by the most demanding countries, what can be considered as a limitation of what is generally considered as a success. For example, despite the agreed text mentioning the need to limit global warming, the path to do so has not been specified, and leaves the responsibility to the countries, who need to create their own regulations.

Furthermore, unlike what it was stated in the earlier drafts, the final text does not mention the decarbonization of the economy or carbon neutrality, which leaves the claims of environmental groups and the green movements in the air.

” It serves as the basis to reach global sustainability through the promotion and use of clean energy policies.

This agreement is perceived as a success by Government agencies, environmental organizations, and industrial companies. It serves as the basis to reach global sustainability through the promotion and use of clean energy policies, something that companies like Abengoa have much to say about.

The result of this summit is positive, despite nuances. This is the first time that all participants perceived the need to advance on the development of measures to curb climate change, because the planet belongs to everyone and its conservation is therefore everyone’s responsibility. Thus, the Paris Agreement (#ParisAgreement) is a historic milestone.

This is a good move and it's an opportunity for Abengoa to push forward the agenda of sustainable development. Now is the right time for Abengoa, if it has started already, to set up research centers in Africa. This can be done to research into areas like West Africa, where there's a "relative peace", to see how these places can offer their quota to the Green Energy production to feed not only Africa but the world! I was so excited about the Desalination Plant I helped build in Ghana, by Abeinsa, and I thought more was to follow especially in the Energy sector which is facing much troubles over the years. But it's terrible that even in 2016 after signing COP21 agreement, Ghana still buys Power Generators to Produce Electricity!!! It's about time Abengoa uses its Political links to push in some of these Green Policies in countries like Ghana, where there's unlimited supply of wind, sunlight etc. I hope more of these new projects will come up for some of us to use our knowledge to help push this Green World policies forward in any way we can. Regards