Pangolins – The worlds most wanted

Pangolins are one of the most trafficked mammals on the planet. Abengoa acknowledge the importance of their conservation and is collaborating with an African organisation called Pangolin.Africa, which helps to conserve and rehabilitate these species in South Africa. Let’s learn a little more about them!

These scaly critters are officially the most illegally trafficked mammal on the planet and the rapid declining numbers mean that they are on the brink of extinction. One pangolin is poached from the wild every five minutes due to the huge demand from the African and Asian traditional medicine markets.

This prompted Pangolin.Africa into existence, a non-profit organisation dedicated to the conservation of the most highly trafficked wildlife on the continent. They also provide Pangolin workshops focused on illegal trafficking retrieval, transport, veterinary treatment, welfare, and rehabilitation of Pangolins in South Africa.

“Pangolin.Africa has a rehabilitation center in Northern Cape where, besides pangolins, which are on the brink of extinction, they also assist other animals to survive.

Pangolin.Africa’s rehabilitation centre in the Northern Cape (South Africa) is not only limited to helping pangolins. They welcome all other wildlife that needs special attention due to unforeseen accidents, injuries or illness. The unfortunate candidates are nursed back to health and released back into the wild as soon as possible.

Why is it important to protect pangolins?

Pangolins have a highly specialised diet, relying on ants and termites for their nutrition. They are important for controlling insect populations; it has been reported that a single pangolin can eat upwards of 70 million insects a year. Without pangolins, the balance of their delicate ecosystems will tip. Watch this highly recommended short documentary; Eye of the Pangolin.

But let learn a little more about this interesting species:

“Abengoa employees are also volunteering to help with day to day tasks that includes the feeding of all animals, tracking and monitoring of rehabbed animals when released.

Abengoa joined team pangolin at Pangolin.Africa by being one of its most important benefactors to help them to reach their conservation goals. In fact, the company is also proud to be an active member to help stop illegal trafficking by liaising with Pangolin.Africa, pangolin researchers, law enforcement and provincial conservation officials on a regular basis. Some of Abengoa employees are also volunteering on an ad-hoc basis to help with day to day tasks that includes but not limited to the feeding of all animals; tracking, observation and monitoring of rehabbed animals when released.

One of Abengoa’s core values is to respect and protect the environment so it’s only natural that Abengoa will also be involved in other environmental projects in South Africa such as the Snake rescue program where the company provided the necessary training as well as the equipment to make sure that snakes that are reported in residential settlements in and around Upington in the Northern Cape can be captured and relocated in a safe manner for both the animal and the fortunate/unfortunate (depending who you ask…) volunteering Abengoa employee.

Abengoa is also part of the Heritage Day initiative where Abengoa sponsored 1,200 fruit trees and 1,200 bags of compost to the Pofadder, Pella, Onseepkans and Witbank communities.

All these activities are carried out in the communities near the three solar thermal plants, Khi, Xina and Kaxu Solar One, built by Abengoa in Northern Cape, where it develops a complete social and environmental program which allow us to enhance the local value.

Are you also keen to get involved but not sure where to begin? Start by Joining Team Pangolin then browse through Pangolin.Africa’s range of options.

Now let’s roll up our sleeves and get to work protecting our pangolins, pun intended! 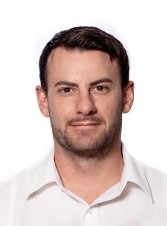