How to produce energy from hydrogen. Grasshopper Project

In the Energy of Change, we have written about the sun, the wind, the water… But, until now, we had not dedicated any post to hydrogen. This clean fuel is positioned as a powerful energy vector – it can store and transport energy, releasing it later in a controlled manner-. Precisely, in this post we will analyze the Grasshopper project, to produce energy from hydrogen, a pioneering initiative, built in Seville (Spain). 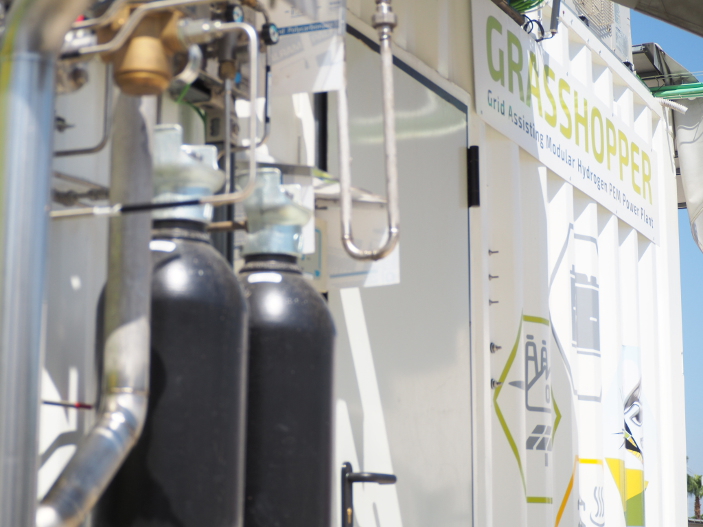 Very broadly speaking, a real alternative to fossil fuels must meet two fundamental requirements: one, it must be dispatchable, i.e. be capable of adjusting production to the energy needs of the grid; and two, it must be renewable, or come from a non-polluting natural source. In today’s market, the most widespread are natural gas or hydroelectric plants. But these are neither renewable, nor dispatchable. What is, however, is hydrogen, a new energy vector that is dispatchable and environmentally friendly, capable of producing energy efficiently.

The Grasshopper project (GRid ASsiSnting modular HydrOgen Pem PowER plant, or, in other words, PEM-type hydrogen fuel cell power plant for grid balance assistance) generates energy using PEM-type hydrogen fuel cells, and is capable of operating from 20 to 100 % of its nominal load, adapting to the electrical demand of the grid. This, together with its fast response capacity, allows it to participate in electricity reserve markets, where the €/MW is higher. To this end, the plant has a bidirectional communication with the electricity market, to offer capacity and receive requests through a platform designed for smartgrids. In this sense, the pilot plant, Grasshopper, is committed to becoming a real alternative, on a commercial scale.

Grasshopper has a complete balance of plant for managing the input streams (hydrogen and air). It also performs the power conditioning of the electricity generated in the fuel cell and feeding it into the grid. In addition, it has been designed to operate autonomously and remotely, without the need for operator intervention. For this purpose, it has a robust and advanced control system and a database that even allows it to provide automatic and telematic preventive maintenance warnings.

Another great benefit of this plant is its modular nature, so it can be transported and connected to the grid, anywhere, quickly. This is what is known as plug and play and could be the solution to bring electricity to remote or off-grid locations, such as camps, islands, or hospitals. Also, did you know that the plant generates energy, not only in the form of electricity, but also heat? It can be used, for example, to supply heating in residential areas (CHP). Unlike conventional

Such is the importance that hydrogen is gaining in the energy landscape that it could represent up to 20 % of the European energy mix by 2050, the year set by the European Green Pact for the elimination of net greenhouse gas emissions.

Once the commissioning phase is completed, Grasshopper, built in Seville, will be transferred to its destination, a chemical park in Delfzijl (Holland). There, it will operate for five years to demonstrate its durability and serve as a demonstrator to work on its continuous improvement. The plant will run on surplus hydrogen produced in a chlor-alkali chemical plant.

This project has been funded by the Fuel Cells and Hydrogen 2 Joint Undertaking under a signed agreement (number 779430). It is supported by the European Union’s Horizon 2020 framework program for research and innovation and by the Hydrogen Europe and Hydrogen Europe Research associations. 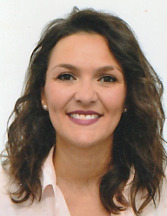