Five years being “The energy of change”

It seems like yesterday, but it’s been five years since we launched this blog, “The Energy of Change”. However, the evolution of content and the growth of the audience, have been more than remarkable. Today we are going to review and tell you the most interesting data of this microsite.

We’re celebrating! Today, August 6th, it’s been five years since we announced the launch of our blog “The Energy  of Change“. Then, we introduced it as a quite complete tool, with information and opinion articles about issues of interest in those areas related to the activity of Abengoa. Five years later, we can proudly say that we have been part of the growth and enrichment of (much more than) a microsite dedicated to business and technology. And the truth is that The energy of change has almost come alive reinventing itself with each new post.

“The energy of change has surpassed one million unique visitors and 450 articles during its five years of life.

In numbers, during its five years of life, the blog has surpassed a million unique visitors, that is, visitors counted only once (although they have entered the page more times, which I’m sure they will!). In total, more than 450 specific articles have been published, signed by hundreds of Abengoa experts.

“Mexico is the country that reads the most The energy of change, followed by Spain and the rest of Latin America. The United States is in the top ten.

Do you know where our highest percentage of followers is concentrated? In Mexico (30 %), closely followed by Spain (21 %). The rest of the cake is essentially distributed in the rest of Latin America and, although with a very timid representation, United States is also present among our top ten countries.

Which topics do we address in The Energy of Change? The International Day of the ozone layer, as well as the environment’s  and the wind’s ones, Abengoa’s contribution to the Expo 92, cybersecurity, reuse of water in Andalusia, or recent innovation projects, such as Flexitranstore and Sun-to-Liquid.

But we also follow very closely the news: the COP (Conference of the Parties on climate change), Spain’s drought, or the evolution of the prices of solar and wind energy from the Energy Reform in Mexico, as you know, one of our main market readers.

Do you want to know which have been the best positioned posts on the Internet in the last year? Take a look at our podium of honor:

Abengoa maintains a strong commitment to the environment and the future. That’s why it’s aligned with the goals set by the climate summit and demonstrates this in its business strategy.

Innovation is one of the fundamental pillars of the company and, especially, in the solar field. The Scarabeus project, funded by the European Commission, seeks to reduce the cost of solar thermal energy, while increasing its efficiency.

Safety and health are the most important issues, in Abengoa. Everything else is in the background. Although this is the day-to-day life of the company, April 28th is even more so because the day of occupational safety and health is celebrated around the world.

And what is the future of The Energy of Change? The future of our blog is in your hands. You, our netizens, are who mark where this tool is going. We’re all ears. Remember that you can always leave us your comment at the end of each post.

Before ending, we say thank you. Let’s keep celebrating years together! 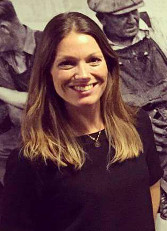