COP26 – A meagre agreement in the face of climate emergency

On  November 13, the 26th United Nations Climate Change Conference ended in Glasgow with an agreement that, although it shows some progress, is insufficient and delegates to future COPs the ambition necessary to meet the goal set.

The climate change summit celebrated in Glasgow, on which the greatest hopes were focused on, in order to reach a binding agreement ambitious enough to achieve a 1.5°C warming increase by 2100, has not had the outcome many believed necessary, leaving more open questions than answers.

The current scenario has not helped to reach an agreement that satisfies all parties, given the global economic situation resulting from the SARS-CoV 2 pandemic and its impact on each country’s development plans, or the global energy crisis that is looming over us.

This situation has only reduced the chances of reaching a consensus. After much debate and controversy, and the scripting of several drafts, the British presidency of the summit issued on Saturday, November13, the Glasgow Pact, a document that shows less progress than was deemed necessary to curb the climate emergency in which we find ourselves.

Important advances have has been made, such as the program to reduce methane emissions by 30 % by 2030, the commitment to curb deforestation or the backing by 450 financial organizations, which together control US$130 billion, of renewable technology and direct financing for actors that move away from the use of fossil fuels.

Another positive aspect is that China and the United States, the world’s two biggest CO2 emitters, have reached a bilateral agreement showing their willingness to increase their climate cooperation over the next decade.

However, there are other points where the evolution has not been as desired. One of the main drawbacks is related to the limitation of global warming. The plans presented by the countries result in an increase in temperature of between 2.4 and 2.7°C in 2100, which is far from the desired 1.5°C. Even if all the pledges to reduce global warming were to be fulfilled, the temperature increase would still be curbed to 1.8ºC.

Likewise, reaching a consensus among so many participants with such diverse interests and needs has meant having to weaken the level of concreteness of the commitments made, which has caused this meeting to lose the momentum and ambition required.

The most controversial example has been the treatment of coal in the agreement which, although it can be considered as a significant advance, has gone from ‘the elimination of coal and fossil fuel subsidies’ in a first draft to ‘the progressive reduction of coal use and subsidies to inefficient fossil fuels’ in the final version. This is due to the pressure exerted by countries heavily dependent on coal, such as India, which this year has also announced that it plans to achieve CO2 neutrality in 2070, 20 years later than planned, joining China, which  plans to achieve it in 2060.

In conclusion, the COP26 has ended with a pact that, although it marks the way forward, once again delegates to future conferences the responsibility of making decisions with the ambition required to achieve the 1.5ºC target. The path to consensus is not fast enough. In parallel to these annual events and the resulting agreements, it is necessary to continue building agreements at all levels, whether at the sectoral, financial, business or regional level, so that together we can build the necessary transformation path as quickly as possible. 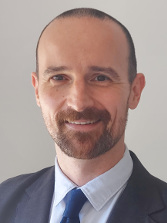