Abengoa’s commitment to environment lies in its own philosophy, which is intrinsic to its way of working and the company’s own business strategy.

Among the values that Abengoa promulgates, we can find respect for the environment. According to this, Abengoa carries out its activity in the infrastructure, energy and water sectors, while obtaining solutions that contribute to the fight against climate change and respect for natural resources. The operational processes are designed in accordance with the best international practices that minimize the impact of their activity on environment.

“Abengoa bases its growth on the creation of new technologies that contribute to sustainable development, respecting environment.

Therefore, Abengoa is not content with complying the law in the environmental framework, but bases its growth on the creation of new technologies that contribute to sustainable development, respecting environment and seeking the growth of the communities in which the company is present. Its own business is linked to the environment in its commitment to renewable energies, as well as water reuse and treatment.

Despite the situation faced by the company, Abengoa has always maintained environmental certificates, renewed its environmental policy, promoted internally the efficient use of resources and acts in the fight against climate change through the construction and operation of international projects in the field of renewable energies and the reuse and treatment of water.

“Abengoa participates in projects such as the Cerro Dominador thermosolar plant, the Shuaibah III desalination plant or the Grasshopper fuel cell project.

We have extracted some examples of projects that describe, below, how Abengoa is acting in the environmental framework:

Abengoa participates in the European Grasshopper project (GRID ASsiSting Modular HydrOgen Pem PowER plant), leading the design, construction and testing of a pilot plant, for its subsequent scaling to MW. The objective of this new project is the creation of a new generation of power plants based on fuel cells (FCPP: Fuel Cell Power Plant) suitable for a flexible operation for network support. The power plant will use green hydrogen and convert it into electricity and heat emissions free. Given the fluctuations in energy from renewable sources, such as sun or wind, these types of plants can increasingly contribute to a stable supply of energy. 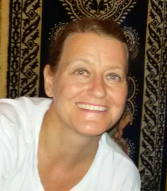