In order to respond quickly and efficiently to the energy demand in Mexico, the country has designed a mix based on clean energies and combined cycles. Abengoa has just completed its first integrated combined cycle which boasts of a guaranteed capacity of 642 MW in summer conditions. 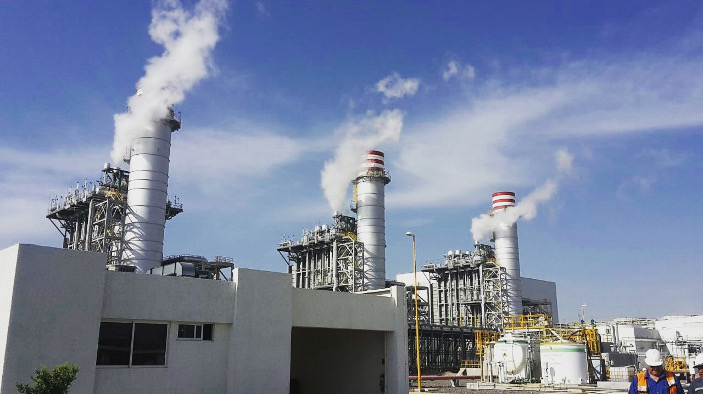 Power generation on a global scale is geared towards renewable energies as they are more environmentally-friendly and their prices are becoming increasingly more competitive. Some are even more economical than those produced by conventional technology. However, given their intermittency or dependence on a certain resource (take the sun or wind for example), they require an efficient complement that allows power to be generated continuously.

That is why combined cycles have become the core technology in Mexico’s energy mix. For this purpose, the country requires large amounts of gas, and when supplies of this resource fall short, it needs to be imported and then redistributed throughout the country.

In this regard, the Secretariat of Energy (Sener) and the National Control Center for Natural Gas (Cenagas) have designed a gas pipeline network that enables the country’s needs to be met. To be highlighted is the sea-bed gas pipeline, approximately 800 kilometers in length, which was put out to tender in 2016 by the Federal Electricity Commission (CFE).

“The output of a combined cycle reaches approximately 60 %, and this explains why it has become the leading technology in Mexico and crucial for the energetic mix.

We have seen how cogeneration works on this blog as well as its output. Combined cycles, as we shall now see, have certain similarities.

A combined cycle also generates electricity by means of two processes. Firstly, gas is burnt through a gas turbine, which in turn, is attached to a generator that allows electricity to be produced. Following this process, gases are released as a result of combustion (these are released into the atmosphere in an open cycle), and are used in a steam turbine which has a second generator to produce an additional amount of electricity.

In this way, the output of a combined cycle reaches approximately 60 %. This means, they are capable of transforming 60 % of the fuel they use into electricity. It also reduces carbon dioxide emissions by more than 50 %  when compared to thermal power plants, making them an environmentally friendly conventional technology.
As previously mentioned, combined cycles have become the dominant technology in Mexico, accounting for 37 % of the 73.5 GW installed. And their future is promising. According to the National Electric System Development Program (Prodesen), Sener expects installed capacity based on this technology to increase by 70 % over 2017-2031, to reach 46 GW by 2031.

Abengoa has been closely involved with the development of the country’s energy mix, and evidence of this is the recent completion of the Centro Morelos combined cycle plant which boasts of a guaranteed capacity of 642 MW in summer conditions. This is the first project with this technology in Mexico that has been carried out entirely by Abengoa, and is also one of the largest projects to be put out to tender by the CFE in recent years, under the Financed Public Works (OPF) or Pidiregas framework.

Abengoa is at the forefront of developing these types of projects that help to improve the efficiency of production processes as well as helping to reduce the emissions of pollutants into the atmosphere.