One more year, on March 22nd, World Water Day is celebrated and reminds us on this occasion that access to drinking water and sewerage is a human right, recognized by the United Nations in 2010. Under the theme “Leaving no one behind”, it reflects the central promise of the 2030 Agenda for Sustainable Development: as sustainable development progresses, everyone must benefit. 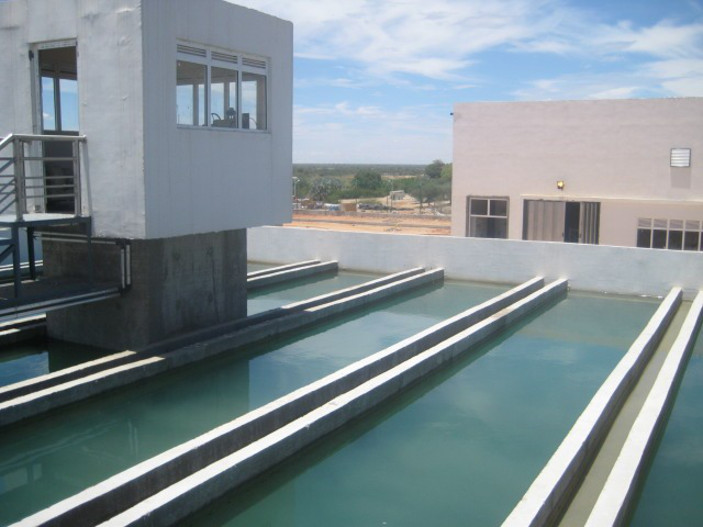 If we take into account the great technological advances achieved, it is at least striking that currently a total of 2.1 billion people lives without drinking water in their homes, according to data from the World Health Organization and UNICEF.

Although immediate access to drinking water and sewerage is common in societies like ours, around 159 million people collect their drinking water from surface water, such as ponds and streams, without previous treatment. On the other hand, around 4,000 million people, who represent almost two thirds of the world’s population, experience severe water scarcity during at least one month of the year.

“Water is not distributed equally on our planet, which is linked to the existence of unequal access to drinking water.

The fresh water found in nature is scarce and is not equally distributed by our planet. In addition, there is unequal access to drinking water due to factors of discrimination, which causes certain population groups to be more affected than others. Factors such as environmental degradation, climate change, population growth, conflicts and migration flows aggravate this situation

However, water is a human right that entitles everyone, whoever you are and wherever you are, recognized by the United Nations (UN) in 2010, and this concept includes water for drinking, personal sanitation, washing of clothes, food preparation and personal and household hygiene.

Aware of this, more than 150 heads of state and government met at the historic Summit of 2015, organized by the UN, in which they adopted the 2030 Agenda for Sustainable Development. This Agenda contains 17 universally applicable goals that, from the January 1, 2016, govern the efforts of countries to achieve a sustainable world in the year 2030. These objectives urge all countries to adopt measures to promote prosperity while protecting the planet.

“The World Water Day 2019 is dedicated to the theme “Leaving no one behind“, related to objective number six of the Sustainable Development Agenda.

This year, the UN dedicates the World Water Day to the theme “Leaving no one behind“, directly related to objective number six of the Sustainable Development Agenda, which promotes ensuring water availability and its sustainable management and sewerage for everyone.

At Abengoa, which bases its activity on searching for innovative technological solutions for sustainable development, we work on the development of projects that have directly contributed to facilitate and guarantee access to drinking water and sewerage.

An example of this is the Ratnapura water treatment plant, built in Sri Lanka, which treats 13,000 cubic meters of water per day, and guarantees the supply of drinking water to this city and its surroundings, which benefits a population close to 100,000 inhabitants. In Angola, it has constructed the potable water supply project from Xangongo to Ondjiva, which solved the problem of providing safe and continuous drinking water to a large part of the province of Cunene, benefiting approximately 250,000 people in one of the provinces more punished by the Angolan conflict.

Currently, it is executing two waste water treatment projects in India, in Nasrullaganj and Maheshwar, cities located in the state of Madhya Pradesh, in the central zone of the country, which will improve the sewerage system of close to 55,000 inhabitants and will be reduced the disposal of wastewater without treatment in river sources.

With its desalination projects, Abengoa has also contributed to the development of the main economic engines in areas where water scarcity hinders its progress, such as the desalination and irrigation project that is currently developing in the region of Agadir, in Morocco. The project includes the development of a desalination plant with a total production capacity of 275,000 cubic meters of desalinated water per day, which will be the largest plant designed for combined use of drinking water and irrigation.