1G and 2G bioethanol. What are the differences?

The increasing environmental pollution and the reduction of oil reserves in our planet only further the search for renewable alternatives, while preserving the world in which we live.

As we have already written in a previous blog post, bioethanol is a fuel that extracts sugars to create alcohol and blends alcohol with gasoline. Bioethanol is obtained at industrial scale from the fermentation of sugars, and it is the origin of such sugars that determines whether it is first-generation or second-generation bioethanol. In the production of first-generation, or 1G bioethanol, the source of these sugars is starch. Starch is found in feedstocks such as cereals (wheat, barley, corn and sorghum) and sugarcane.

” The source of sugars for the production of bioethanol let us differentiate between first and second generation.

In second-generation bioethanol, the sugar sources are cellulose and hemicelluloses. These are found in feedstocks such as wheat straw, corn stover, wood, agricultural residues and municipal solid waste. Hugoton, Kansas is the first commercial-scale 2G plant for Abengoa which utilizes this cellulosic, or 2G, technology. As compared to first-generation biofuels, which use grain as feedstock, these second-generation biofuels use crop residues, a waste that otherwise would be of no value.

” Cereals and sugar cane are the feedstocks used for producing 1G bioethanol, while residues are used for 2G.

Biofuels are greatly impacting the environment by helping reduce greenhouse gas emissions and create innovative sustainable energy practices. This is a real breakthrough, since the residues have an alternative use, which turns the 2G technology into a revolution for our environment and ecosystem. 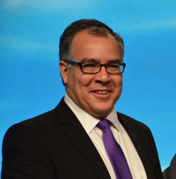