February 11: International Day of Women and Girls in Science

It is striking that, in fields such as science and technology, women and girls account for only 30 per cent. Wouldn’t the findings be much more innovative, efficient and diverse, if they came from multidisciplinary teams in which men and women were represented equally? 11 February, International Day of Women and Girls in Science highlights this. 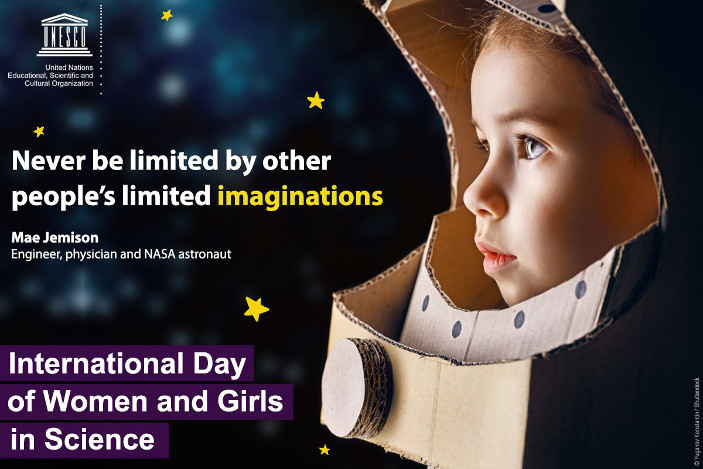 For the past five years and by resolution of the United Nations, the key role played by women and girls in science and technology is recognized on February 11 with a twofold objective: to advocate equal participation in science for women and girls, and to promote empowerment and gender equality.

Although it may seem like a thing of the past, there is still a gender gap in disciplines such as science, technology, engineering, and mathematics. In fact, women are still underrepresented in technical careers. Specifically, according to an UNESCO study, women researchers do not even represent 30% of the current total. Why is this the case? Are stereotypes still promoted influencing women/girls to go for disciplines far away from science? How do we depict women, for example, in the cinema? According to a 2015 study from the Gender Bias Without Borders – Geena Davis Institute on Gender in Media, the representation in film of women working in STEM (science, technology, engineering and maths) is limited to only twelve percent. In other words, the representation of female scientists on the big screen seems even lower than in reality.

“International Day of Women and Girls in Science is celebrated on 11 February to promote their participation in science and technology.

My name is Sonia Fereres and I am responsible for R&D projects in the aerospace department of an international engineering company based in Seville. For the last three years, I have been working with a team of men and women to develop technology to produce fuels, water and oxygen on the Moon for the European Space Agency (ESA). This has allowed us to implement what we know about energy processes on Earth (solar thermal energy, energy storage, fuel production, separation and purification of fluids, etc.) to a completely new environment, with very different constraints or boundary conditions (reduced gravity, no atmosphere) and with other engineering design priorities. We also evaluate alternative energy storage and production systems, using hydrogen for example, for space and aeronautics. To carry out this work, it is essential to be open-minded and creative, because these are problems that have not been solved yet.

It is here where, we as engineers, working to produce water and clean energy, play a critical role for society. We need imagination, innovation, cleverness and determination to think about things differently. All these qualities are reinforced in multidisciplinary and diverse working groups, with both women and men.

“Let’s turn the crisis caused by COVID-19 an opportunity to be better, to renew ourselves, to grow and innovate.

It is key that both women and men are equally represented in science and technology. We must continue working to increase the low number of girls studying technical careers such as computer science or robotics, so important in our society. The COVID-19 crisis, which is greatly affecting employment among women, is teaching us that investing in health sciences and biology is essential for our future. Also, in engineering, as a vehicle to implement any kind of human development: respirators, disinfection robots, process automation or scale-up production of new products adapted to new needs.

Let’s turn this crisis into an opportunity to be better, to renew ourselves, to grow and innovate and to give those women who have not yet realized, either because of the stereotypes of the society that surrounds us or because clichés have not led them to consider it, that they can also play a fundamental role in these disciplines. 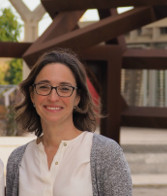